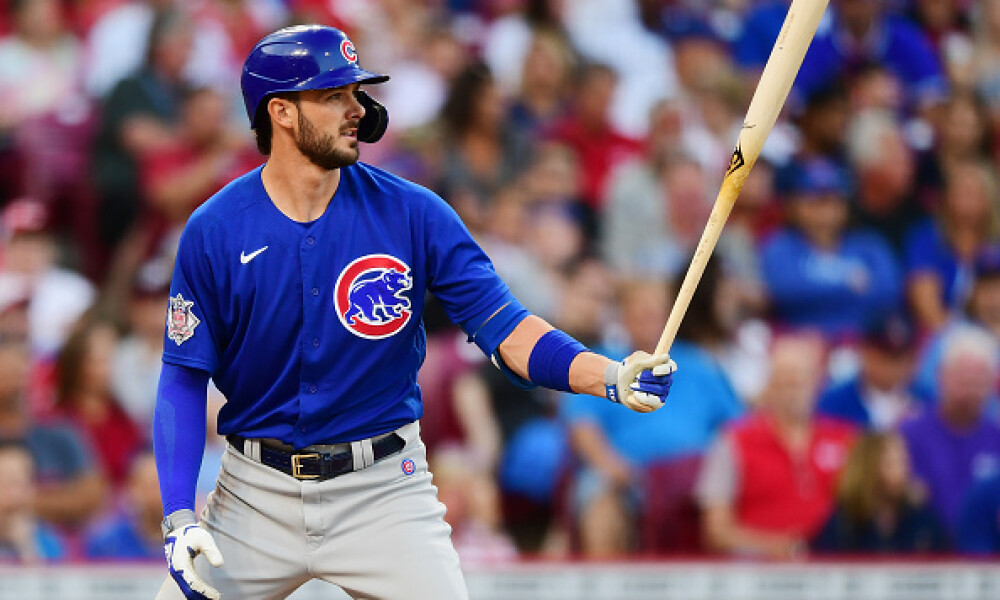 Ronald Acuna, OF, ATL – He homered for the third time in seven games and also has doubled three times in that span. He now has 23 on the season to go with 16 stolen bases. His 39% hard-hit rate, .416 wOBA and 14.1% barrels are all top notch. Pirates starter Chase De Jong has allowed nine runs in his last two starts that have spanned 9.2 innings combined. He has 16 of his 22 homers against right-handed pitching and has homered twice in six games at PNC Park. Acuna is one of a few guys who you can feel comfortable using him almost any day.

Anthony Rizzo, 1B, CHI – There are a couple of Cubs that are good against lefties, but Rizzo is great and has an elite matchup as well. Rizzo had two hits on Sunday and three in the last two games, but it is his proficiency against left-handed pitching that lands him here. Rizzo has hit .344 against left-handed pitching this season as opposed to .213 against righties and eight of his ten homers are against lefties. It is a small sample size, but he has five hits in six career at-bats against Phillies starter Matt Moore, including two home runs. Rizzo isn’t the last Cub you’ll see here and we will say bad things about Moore later on.

Kris Bryant, 3B/OF, CHI – He has six hits in the last three games including a home run as Bryant is happy to see the calendar turn off of June. He will face Matt Moore who has been pitching out of the bullpen for a while for the Phillies after a disastrous beginning to the season when he was a starter. He was good his last time out, but his ERA is still near 6.00, his WHIP is at an embarrassing 1.67 and his ERA has been over 5.50 in every season since 2017. Bryant has hit nearly 100 points higher against lefties with a .344 average and 1.182 OPS against left-handed pitching with seven of his 16 home runs despite 173 fewer at-bats against lefties. I’ll take Bryant against a lefty every day, and when it is against a weaker lefty, I love it even more.

Bryan Reynolds, OF, PIT – It has been a little all or nothing for Reynolds this week as he has three hitless games and two multi-hit games both of which came with a home run. But he was on a nice roll before that with a 13-game hit streak. Reynolds is quietly hitting over .300 with 15 home runs through the first half. He will face Max Fried who has been strong more often than not, but Reynolds is hitting .352 against lefties on the season with a 1.020 OPS. Fried still has an ERA over 4.00 and a WHIP over 1.30 so he is definitely someone Reynolds can rack up a hit or two against tonight.

Hunter Renfroe, OF, BOS – I keep going back to the well of Renfroe against a lefty. He is slashing .316/.570/.991 against lefties which is all considerably higher than against right-handed pitching. Renfroe also is hitting 22 points higher. Jose Suarez has been great out of the bullpen for the Angels so far, but he is a failed starter in the past. He had an ERA over 38 last season in two starts and an ERA over 7.00 in 2019 with 23 homers allowed in 15 starts. Play the splits and the pitching matchup and Renfroe is a good value play.

David Fletcher, 2B, LAA – He doesn’t have a home run this year and he has only stolen four bases, but Fletcher has a hit in every game he has played in since June 12th. He also has six multi-hit games over that span The Angels will face Martin Perez and the Red Sox on Monday. Perez has been halfway respectable with a 4.04 ERA (sad that is considered a respectable ERA) but his 1.43 WHIP tells you he puts a lot of batters on base. Fletcher is hitting .337 against left-handed pitching this season, 73 points higher than against righties. He has three hits in eight at-bats lifetime against Perez including a double and a home run. He is also hitting .309 at home against .261 on the road. He isn’t going to return you 20+ fantasy points, but for his price tag he is a great affordable option.