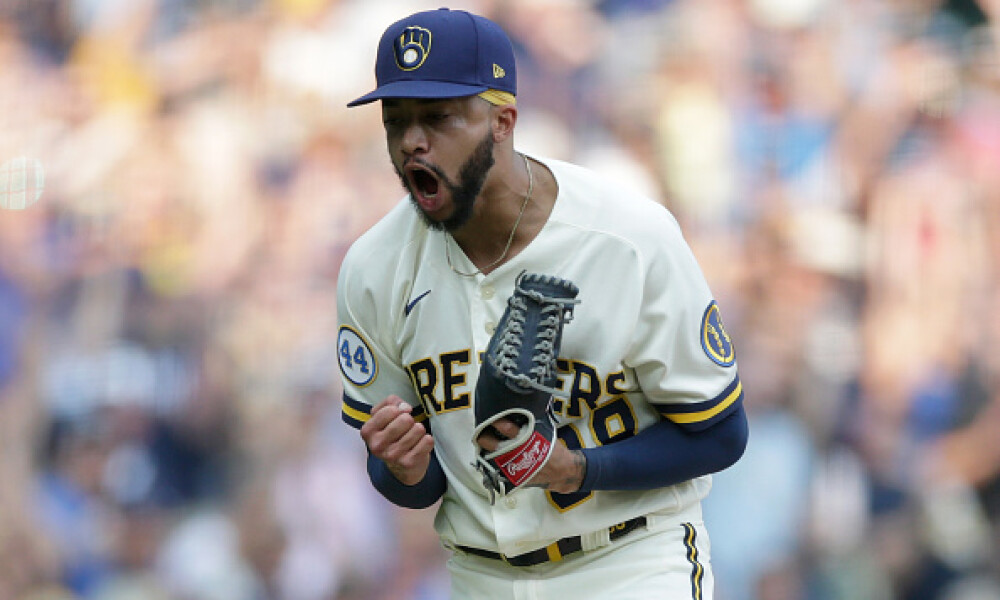 Happy Friday MLB DFS players! It is a full slate tonight with a handful of very strong options, a yummy middle ground of some mid-priced pitchers, and even the bottom of the barrel has a few intriguing names there. As we are now well clear of the All-Star Break and headed into the dog days of August putting the right pitchers into your lineups will continue to be a huge factor into if you see green or not when the games are over. Here are some hurlers I like at different price points to help you cash heading into the weekend.

Freddy Peralta (R), MIL – He gave up a few more runs than he was used to in the three starts before the break, but Peralta still hasn’t allowed more than three earned runs since May 5th. He also has stuck out six or more batters in every single start this season, including 31 batters in his last 23 innings. The White Sox are still rolling out a pretty average lineup after the first four or five batters due to injuries and now is the time to bet against them. Peralta has a 2.04 ERA at home with an 0.72 WHIP and 11.8 K/9 and should have no problem silencing the White Sox.

Zack Wheeler (R), PHI – He hasn’t been as dominating his last two times out, but Wheeler is certainly still having a dominating season and can’t be ignored. He certainly belongs among the highest salaried starters on Friday. He will face the Braves on Friday who still have a strong batting order from 1-4 but it gets very questionable as you get to the second half. Atlanta has the fifth most strikeouts in the league against right-handed pitching and their team batting average is just .237 against righties. Wheeler has faced the Braves three times so far this season. He was absolutely dominant the last time on June 10th with eight shutout innings with 12 strikeouts. He also faced them his first two starts of the year and threw seven one-hit innings with ten strikeouts and allowed three runs over 4.2 in the other turn. He has been dominant most of the year and in two of the three starts against Atlanta he crushed them and that was with Ronald Acuna.

Joe Musgrove (R), SD – Late June and July has been a rough stretch for Musgrove, but he is set up for success tonight. He still has great strikeout numbers with 119 whiffs in 103.1 innings and will face the Marlins. I picked against Miami in the pitching coach yesterday and Blake Snell (L) struck out eight guys over six innings. Mimi has the eighth most strikeouts against right-handed pitching and as a team is only hitting .233. They haven’t scored more than three runs in five days, and I like Musgrove to have a solid outing in a great pitcher’s park against a team with the fifth fewest runs score in all of baseball.

Johnny Cueto (R), SF – I was just talking about how few runs the Marlins score, well you know who has scored fewer than them? That’s right, the Pirates. They have scored 350 runs in 96 games which is 16 runs fewer than the next most anemic offense. Cueto wasn’t amazing against them when he faced the Pirates in May throwing 4.1 innings and allowing two runs, but that was in Pittsburgh and his ERA is nearly two full runs lower at home. He isn’t an elite strikeout pitcher anymore, but Cueto will still strike out almost eight guys per nine innings and the Pirates are hitting under .240 as a team. Give me Cueto as a cost saving option on DK where you need two pitchers.

David Price (L), LA – He has only lasted seven innings combined in his two starts, but Price is getting stretched out as he threw 67 pitches in his last start. With the injury and other question marks to the Dodgers rotation, Price could be a starter for an extended period. He allowed just one run in four innings to the Rockies his last time out and that is who he will face again on Friday. That last game was in Colorado, but this one is in Los Angeles where he sports a 2.16 ERA and 10.3 K/9. The Rockies have scored the sixth fewest runs in the National League and outside of Trevor Story (R) don’t feature a batting order that really scares you.