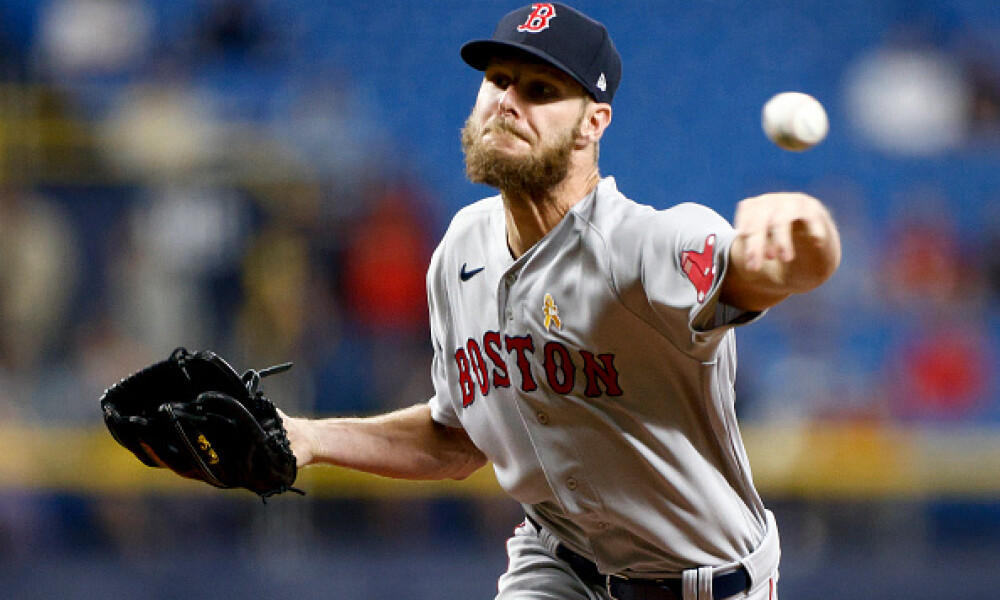 Monday gives us a fun afternoon slate, but there really are very few reliable pitching options out there. The bottom of the slate is an absolute crap pile, and even the mid-tier isn’t that great. This is shaping up for a day that you are going to have to pay up for pitching if you want any reliable options. That said, I’m going to give you the best options on the slate at several different salary points!

Chris Sale, BOS – It has been great to see Sale return from such a long layoff and come back and pitch as well as he has this season. In four starts he has allowed just six earned runs and has struck out 24 guys in 21.1 innings. The Rays have scored the most runs in the American League by a decent margin, but they haven’t fared well against lefties. In fact, they hit just .238 as a team against left-handed pitching and no team has struck out more against left handers than the Rays. They have lost three of their last five and have been incredibly inconsistent scoring runs this month. Sale has pitched to a 2.35 ERA and 1.04 WHIP at home with a 12.3 K/9 rate.

Brandon Woodruff, MIL – It has been a great season for Woodruff, and he has been rolling of late outside of that one hiccup against the Cardinals. He has struck out 18 batters in the last twelve innings and has allowed more than one earned run once in the last five starts. He has been spectacular at home with a 2.08 ERA and 0.96 WHIP and a very tidy 10.8 K/9 on the season. The Phillies have an offense that can score some runs, but they are hitting just .235 as a team against right-handed pitching this season. Woodruff did pitch against them once back in May and allowed one run over 6.2 innings and struck out 11. He might not be that great but expect another solid outing on Monday.

Sonny Gray, CIN – He might not quite fit the bill for “mid-tier” but I’d rather give you a pitcher I feel confident in than a guy that might get bombed just because his salary fits a narrative. I don’t think I want either starter in the TOR/NYY game, but if I had to pick one it would be Ryu. Gray, on the other hand, has been solid of late, allowing just two earned runs in his last three starts combined. The strikeouts haven’t been elite with 14 whiffs in 18 innings, but that isn’t a ratio to complain about. The Cubs have caught some fire of late, but their lineup still doesn’t strike fear into any pitcher’s heart. He pitched against the Cubs in July before they traded their stars away and still allowed just one run over five innings and struck out eight.

Tarik Skubal, DET – He was terrible his last time out against Oakland, but before that Skubal had allowed just four earned runs in his previous four starts combined. He has also struck out 33 guys in his last 27.2 innings over his last five starts. Monday he will face the Pirates who have scored the fewest runs in all of the Major Leagues and are hitting just .233 as a team. Skubal has an elite 11.2 K/9 on the road this season, and even if he is touched up for a few runs, the strikeout potential makes him a great option as your second starting pitcher on DraftKings.

Kris Bubic, KC – He had pitched poorly enough to be taken out of the rotation, but injuries have forced him back in for Monday’s start. Bubic has been incredibly inconsistent this season, and at times has looked very good. The good news for him is that the Royals face the Orioles on Monday and they have scored the second fewest runs in the American League. They also have the fourth most strikeouts against left-handed pitching in all of baseball. Bubic pitched against them on July 17th and allowed just one run and two hits over six innings and struck out five. In the dumpster fire that is the bottom of this slate for starting pitcher, Bubic is probably the one guy you can plug in and have any sense of confidence whatsoever.