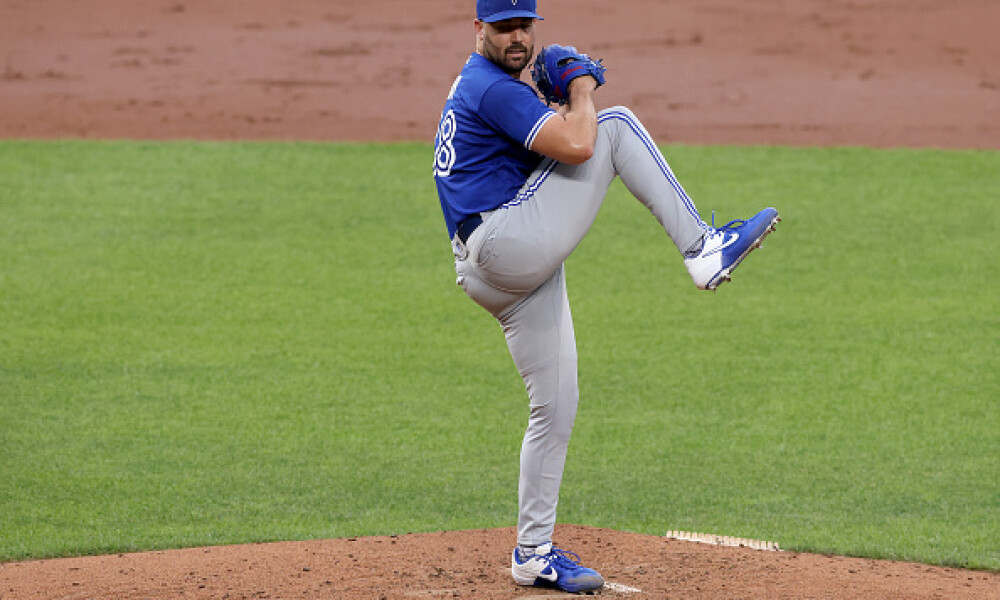 He's tough rooting for, and under the microscope during the substance inspection scandal, but Bauer remains a target for DFS on this slate. Trying to avoid his team getting swept out of San Diego, he tossed seven shutout innings on the road his last time out with eight strikeouts against three walks. He's also recorded at least six innings in 14 of his 15 starts this season and carries a 1-0 record versus the Padres into this match-up with a 2.25 ERA over 12 innings so far in 2021.

Note the price disparity between DraftKings and FanDuel. Ray's been terrific this year with one Shakespearean flaw, home runs. Well, he pitches tonight in Miami's spacious home park and gets to face the pitcher. His 31.5 strikeout percentage this season and career 33.8 strikeout rate against the hitters on the Marlins roster could translate into DFS goodness tonight. Ray faced them once already this year racking up nine strikeouts in six innings giving up one earned run. Look for a near repeat this evening due to Miami owning the second highest strikeout percentage (28.3) versus southpaws this year.

Houston's currently on a nine game win streak looking for a sweep in Baltimore. Backed up by a surging offense, Urquidy needs to last six innings for the quality start bonus and he's won four of his last five decisions. Entering this contest with a 3.45 ERA, but struggles on the road with a 4.59 ERA this season meaning he's better suited for cash games. Solid, but win reliant on this slate unless one of his sneaky strikeout games occurs (nine versus Boston, eight at Minnesota).

In the same price range as Urquidy, if looking for a tournament play of the two, Kaprielian may be the choice of the right-handed starters on this slate. He's yielded two runs or fewer in five of his seven starts giving up five or fewer hits in all of them. Carrying a 4-1 record into his match-up in Texas, a team which boasts a 25.5 strikeout rate versus right-handed pitching. Karpielian racked up seven strikeouts over 5.2 innings in New York against the Yankees his last time out. Use this as a baseline for his results this evening.

Another tournament wild card, Rogers leads all major league rookies in wins (7), strikeouts (95) and ERA (1.87). He brings a 29.7 strikeout percentage into this contest with Toronto along with them not facing him in an earlier series this season. Focus on Rogers’ 1.31 home ERA plus this game carrying the lowest run total on the board for tonight's slate. Using him may go against the grain, but he's capable of producing 20-plus points in this match-up.

Solely for tournament play on Fan Duel, the less than $7K price tag on Hill could be glorious, or a trap. He's an upside play if targeting bats in your build but owns a career 37.9 strikeout percentage against the present Red Sox roster with a 3.50 FIP over 58 plate appearances. He needs to rack up strikeouts and the win since he rarely records the quality start bonus. Tread lightly but if going against the grain, he's in play.