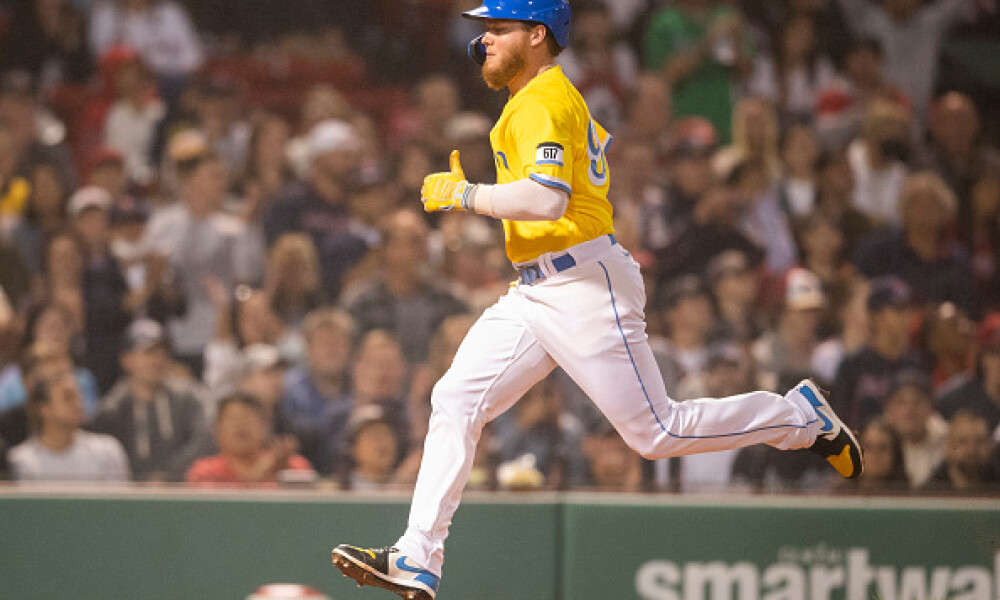 Tonight features a ten-game slate with some intriguing pitching match-ups and some pitcher's yet to be announced by their team. Despite this, the value vault focuses on hopefully low owned darts rounding out DFS builds with upside at their price point. Use all the resources available on DFS Alarm before locking in your lineups and best of luck.

Surging over the last two weeks, Marsh owns a .367/.404/.510 slash line his last 13 games spanning 52 plate appearances. Now, he's benefiting from an unsustainable .692 BABIP with a 44.2 strikeout rate. However, he's produced three doubles, two triples, six runs, six RBI and a stolen base fueled by a 61.5 hard hit rate his last 26 batted ball events. With Jorge López projected as the starter, and an overworked bullpen, calling for a Marsh tater in Camden Yards tonight.

For the cash crowd, Cruz provides the potential for a safe floor with room for upside. He's hitting .405/.452/.622 with two doubles, two home runs and six RBI in his last 11 games played. Josiah Gray's been terrific this year but also owns tonight's highest home run per nine innings total facing left-handed hitters averaging three in them. This sets up Cruz for success in a sneaky game.

Many do not guess Vaughn leads his team in isolated power (.347), OPS (1.086) or wOBA (.453) but those focused on splits this year do. Through 116 plate appearances versus southpaws, he owns a .316/.422/.663 slash with 10 doubles, eight home runs and 39 runs plus RBI. He's also faced Robbie Ray this season with a home run in three at-bats. Dual eligibility also provides flexibility in builds on DraftKings as an added bonus.

A boom or bust option, VanMeter's batting .300/.400/500 his last 11 contests with three doubles, a home run and six RBI in 35 plate appearances. If Pittsburgh starts Bryse Wilson, he enters this match-up averaging 2.25 home runs per nine innings against left-handed hitters. VanMeter benefits from this split advantage and an extra-base hit with a run and an RBI pushes him towards a three-to-four times value night. Feeling lucky?

There's no mistaking Rosario's a streaky hitter, but he's hot entering tonight's game with a .375/.412/.625 slash line his last two weeks covering 51 plate appearances. Within this sample, he's scored nine runs, hit two home runs and registered nine RBI. He also fares well against southpaws with 15 extra-base hits, including five home runs, fueling a .338 average and a .910 OPS against them. He makes for a nice mini-stack with teammate José Ramírez this evening.

Boston enters tonight with the highest run total on the board so getting pieces of its offense makes sense. Verdugo's heating up of late and faces Bailey Ober who averages 2.17 home runs per nine innings to left-handed hitters. At home versus right-handed pitching, Verdugo's recorded a .348 batting average with 18 of his 44 hits going for extra-bases and a .975 OPS. Over his last 10 games he's hitting .371 with an on-base rate of 46.3 percent, walking more times than he's struck out and an OPS over one thousand (1.006). Giddy up.