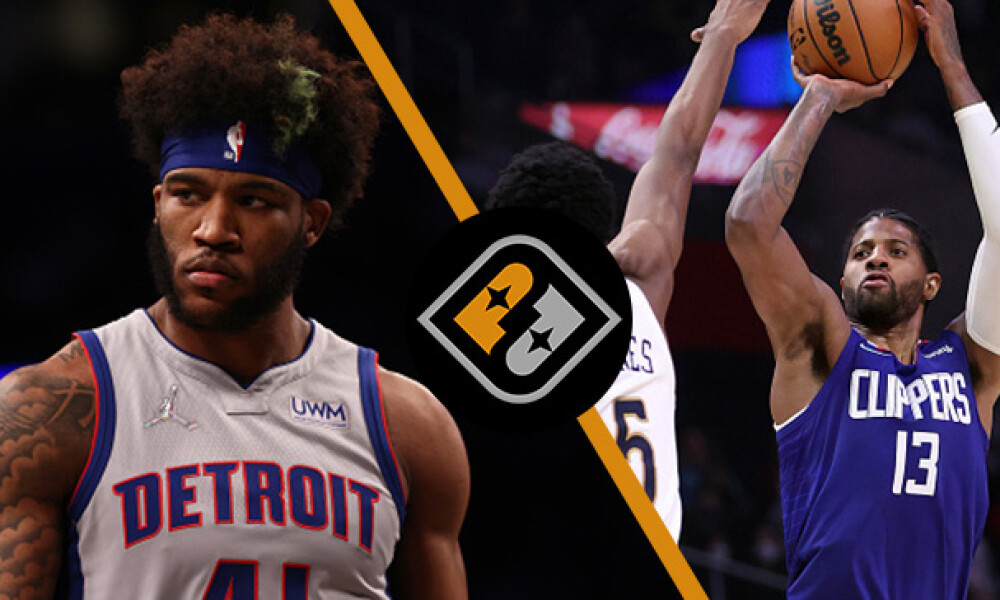 We have five games for tonight's NBA slate and the PrizePicks NBA player prop board has some nice plays we are looking to build our tickets around including two featured plays that can be found in the 76ers vs Pistons game and the Clippers vs Bulls contest.

Make sure you check out our PrizePicks Discord Channel where you can find more winning plays! Join the Discord by clicking the connect button in your account profile to join the conversation!

Paul George returned to the Clippers lineup and did not miss a beat, playing 30 minutes and finishing with 34 points against the Jazz. In that game George knocked down six three-pointers and on the season he has hit the over on tonight's total in 63% of the games he has played including six of the last eight games he has been active for. I look for PG13 to get it going here again against a Bulls team that ranks 24th in opponent three-point percentage, allowing teams to shoot 36.1% from three-point range.

It's rare that we play the under here as life is too short for that but Bey is just really struggling right now, missing his PRA total in seven of the last 10 games but one of those games he went over was with the Pistons missing the majority of their starting lineup. Tonight the Pistons face a 76ers team and there is a good chance that Bey sees a lot of Mattise Thybulle who is a strong defensive player. The move of Marvin Bagley into the starting lineup in place of the injured Jerami Grant has not helped matters either as Bagley is a very good offensive player and good rebounder. All things are just pointing to another under-type performance from Bey here tonight.

Make sure you check out our PrizePicks Discord Channel where more plays will be added! Join the Discord by clicking the connect button in your account profile to join the conversation!