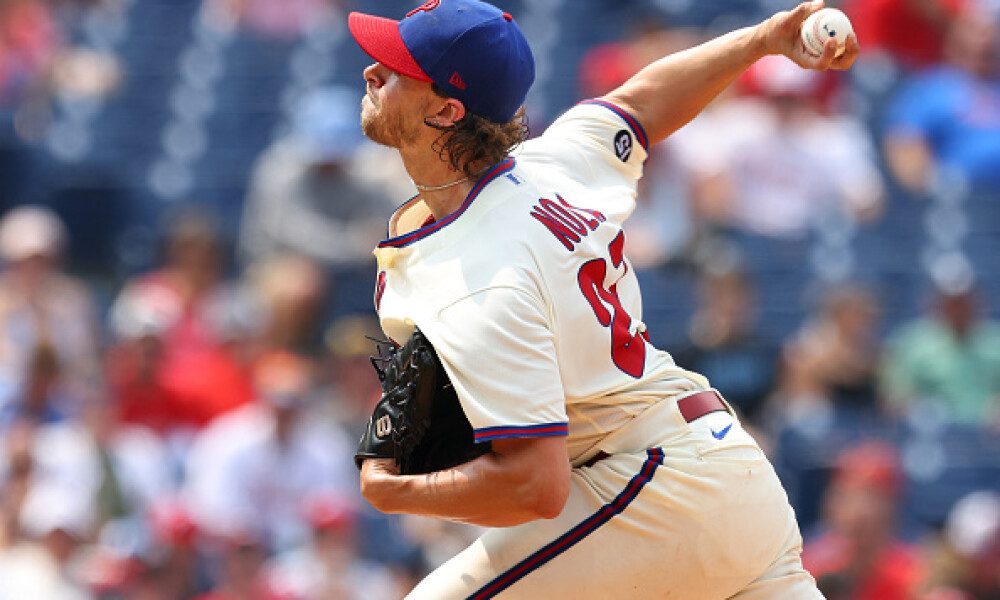 Aaron Nola, PHI – Nola has an inflated 4.37 ERA this season, but his 3.54 FIP is rock solid and he has 140 strikeouts across 115.1 innings of work. Today he faces the Pirates and they rank dead last in the baseball in runs per game with their average of 3.66 runs per contest. With that being said, I am more looking to pair Darvish with one of the two remaining pitchers listed here today and would consider Nola as more of a GPP alternative option if wanting to be different.

Joe Ross, WAS – Ross has pitched pretty well this season with a 3.80 ERA and striking out 95 batters across 92.1 innings of work. Over his last four starts he has scored 32.2, 23.5, 26.2, and 15.7 DK points. In that span he produced a 1.80 ERA with 30 strikeouts across 25.0 innings pitched. Today he faces the Cubs, who already ranked poorly on offense (21st in runs per game overall and 28th in runs per game on the road) and now no longer have Rizzo, Bryant, or Baez. The Cubs also have the third highest strikeout rate of any team this season at a 26.0-percent mark. He has a good bit of upside today and is a pretty safe play, making him a strong play at this price point.

Tyler Anderson, SEA – Anderson makes his debut as a Mariner tonight and it’s a solid spot at a cheap price. He comes into this game with a 4.35 ERA, 4.26 FIP, and 7.5 K/9. He has gone at least 5.0 innings in all 18 of his starts this season and has racked up six strikeouts in two of his past three outings. Today he faces the Rangers, who rank 28th in the league in runs per game with a mark of 3.84. They also have the eighth highest strikeout rate over the past 14 days at a mark of 24.3-percent and are dead last in runs scored in that same span (and by a WIDE margin, they have scored 25 runs over the last 14 days, the next fewest is Miami at 44). With the Rangers sending Hearn to the mound as their starting pitcher, Anderson will have a decent chance at grabbing a win.