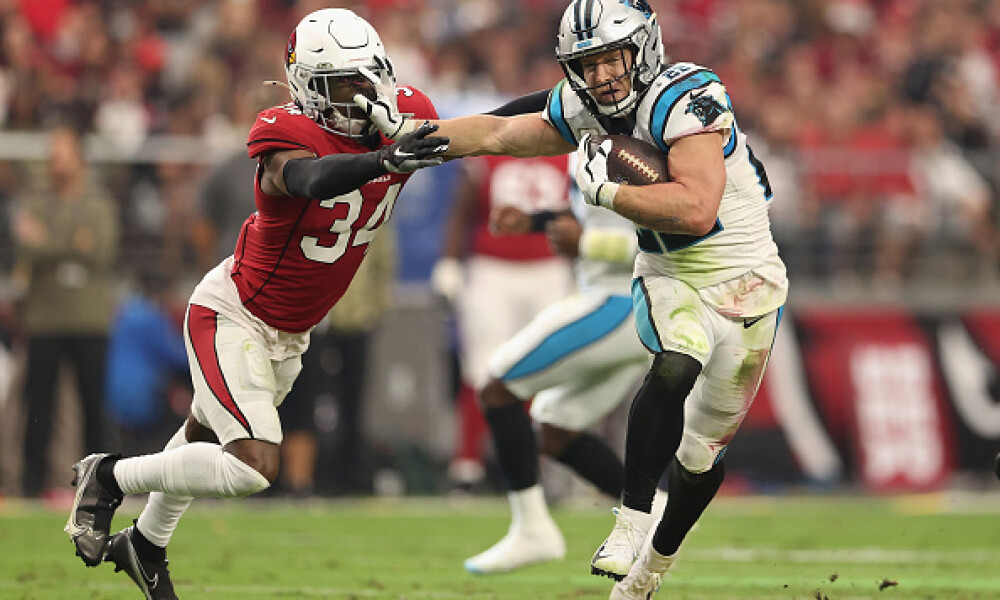 Christian McCaffrey, CAR – The price is starting to rise, but it’s still cheaper than prime CMC price and he’s coming off a game in which he had 13 carries for 95 yards and 10 receptions for 66 yards to finish with 26.1 fantasy points without even finding the end zone. He is just a special player who has an insanely high floor while also having a ridiculously high ceiling. He is easily worth the price and the person I would feel best about spending up for.

Dalvin Cook, MIN – While CMC makes the most sense as a spend-up in my opinion, Cook is also in a great spot for success. He scored 20.8 points against the Chargers last week and had his second straight game with three receptions (a number he hadn’t reached since Week 1, prior to Week 9). He has at least 17 carries in all but one game this season and he gets a good matchup against the Packers this week. He an alternative option to CMC, but personally I will be spending a few hundred bucks more and jamming CMC into my lineups.

James Robinson, JAX – J-Rob is elite, J-Rob is underrated, and J-Rob is consistent. If you take away the Week 8 game in which he left with an injury at the start, he has scored 25.4, 20.6, 24.7, 19.7, and 18.4 points on DK over his last five games. The Jags crappy offense keeps him from having slate-breaking upside, but he is very steady and maybe you won’t win a tournament because of him, but you can win one with him in your lineup. He is also a great cash game play. This matchup with the 49ers is a great one and we can once again expect work both on the ground and in the passing attack. He is too good to be in the mid-tier price range.

A.J. Dillon, GB – Dillon will probably be a pretty chalky play this week as he steps in for Jones as the Packers lead back; however, unlike Jones, he won’t have a Dillon breathing down his neck, so it might even be better and lead to a larger workload than we have even seen for Jones. He had a great game last week, rushing 21 times for 66 yards and a pair of touchdowns while catching two passes for 62 yards to finish with 26.8 points on DK. This matchup with the Vikings is a solid one and he should have no issue finding success once again this week.

D’Onta Foreman, TEN – We all thought it would be a mix of AP and McNichols leading this backfield after the Henry injury, but that’s just not the case as Foreman has taken over as the lead back in this offense somehow. He rushed 11 times for 30 yards and caught two passes for 48 yards in a tough matchup against the Saints last week (AP totaled 20 yards on nine touches and McNichols totaled eight yards on five touches – meaning Foreman should continue to lead the way). Not only is Foreman the lead back, but he’s also the cheapest back on the Titans and he has a great spot against the Texans this week. He is the best value play on this week’s slate at this time.

Zack Moss, BUF – There was a lot of hype around Moss coming into the season (Not that it ever made any season and I still don’t know why, but I digress), but he hasn’t done much of anything. Over his last six games, the most points he has scored in any game is 12.2, that’s not getting it done in any format. Over the last four games, he has cracked double-digits just once, despite matchups against the Dolphins. Jaguars, and Jets. This matchup with the Colts isn’t even a good one and there is really just no reason to even consider playing Moss at this price (or any price really).