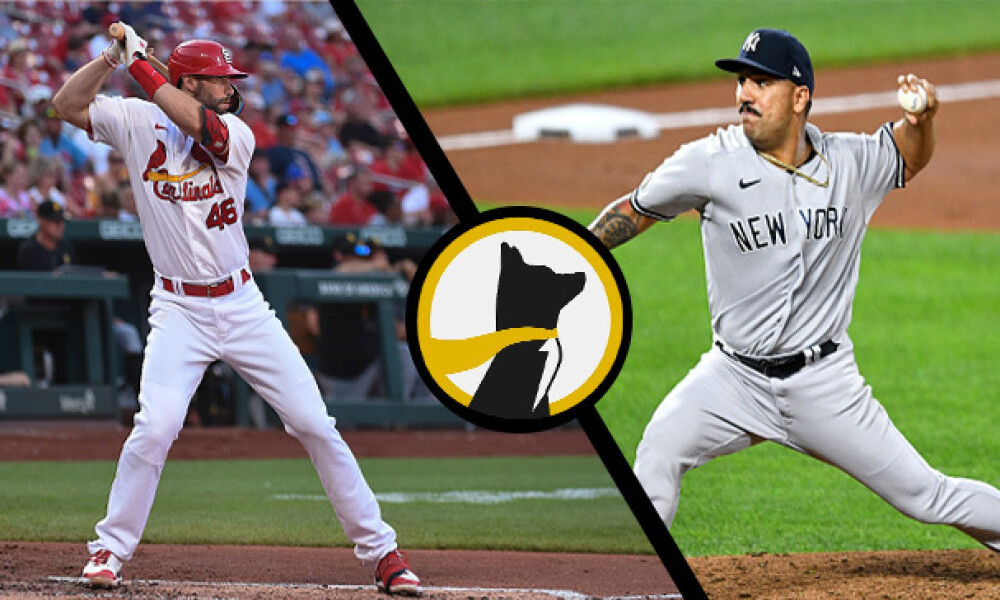 On Tuesday, June 21st, we have every team in major league baseball in action as we have 15 games on the slab. Some of our favorite players across baseball such as Aaron Judge, Paul Goldschmidt, and Juan Soto are in fantastic spots offensively. On the flip side of things, Nestor Cortes headlines the MLB DFS slate for pitching. We don’t have any weather issues as of now but check back with our MLB Weather Center for more details surrounding the weather report as we approach roster lock to make sure that stays the course. To get all the confirmed lineups across baseball, check out the MLB Lineups page. To get projections and to generate one or multiple lineups, take a look at our MLB daily projections and MLB DFS Lineup Generator. Now let's look at some MLB player props over on Underdog Fantasy for tonight's baseball action.

It’s the year 2015. The last time Chi Chi González had an ERA under 5.29. It is 2022 in case anyone forgot. Gonzalez is already pitching for his second team this year and he did not look great for the Twins in his two starts pitching to a 7.71 ERA. He doesn’t miss bats, he gives up a lot of hard contact and struggles with both sides of the plate.

Look, this is the second game that Oneil Cruz is playing in the major leagues this season and I couldn’t be more excited to use him everywhere once again. DFS, props, everywhere. His power and speed combination gives him a massive ceiling and that was on full display in game number one on Monday. He was 2-for-4 with a three-run double while scoring two runs. We love the fact that it’s going to nearly 100 degrees in Pittsburgh too, so the ball should carry better than normal.

I love this spot for Nestor Cortes considering how poor Tampa Bay’s offense has been lately. Over the last two weeks, Tampa Bay is 27th in OPS and wOBA, 28th in ISO as well as playing host to a 25.7% K-rate, which is the fourth-highest mark in the league. He just faced the Rays in Yankee Stadium and only threw 5.1 innings, but Cortes threw eight innings in their first meeting this season.

Cortes has gone over 18 outs in five of his last eight starts, which hasn’t been extremely consistent, but the Rays are also struggling mightily. Let’s also not fail to mention they lost both Kevin Keirmaier and Manuel Margot to injury on Monday, so two everyday players down from an already crippled lineup. Tampa Bay is 27th in BB rate over his last two weeks is great for Cortes as well, because they’re not working many pitch counts at this point.