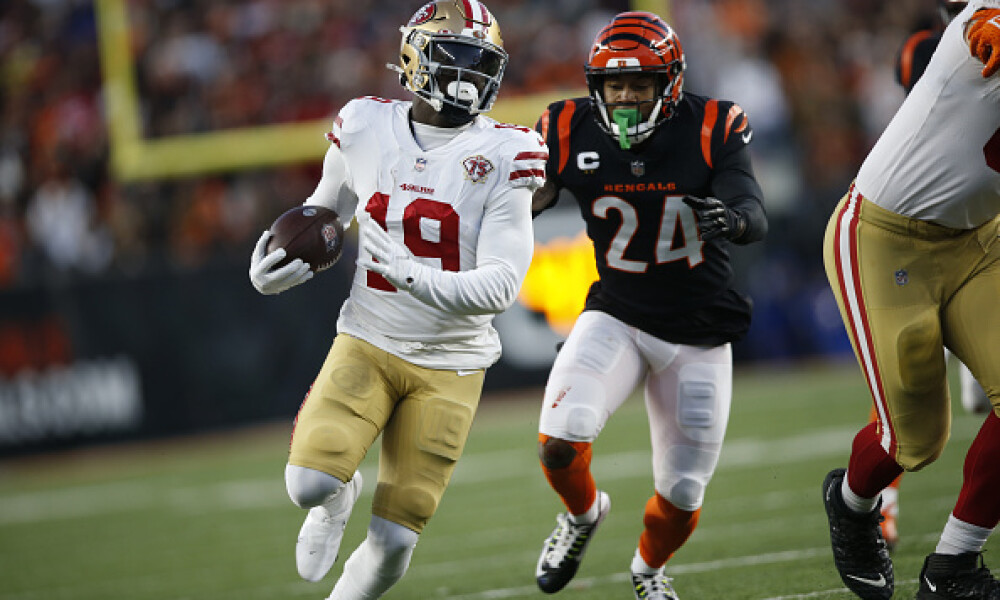 Deebo Samuel, SF - Samuel is on the cusp of getting the Cooper Kupp treatment where he can be added to this article every week without fail. On DraftKings, Samuel has double-digit fantasy points in every game, and he has 15+ in seven of his last eight. His usage is so high that he’s hard to ignore in cash games. Not only does he have 11 total touchdowns this year, but he’s already set career-highs in targets, receiving yards, receiving scores, rushing attempts, rushing yards and rushing touchdowns with four games left in the season. Also, Atlanta’s defense stinks, and they have allowed the third-most fantasy points per game to wideouts over the last four weeks.

Davante Adams, GB - The Ravens aren’t getting any healthier in the secondary, and the team ranks 26th in DVOA against the pass. Furthermore, the Ravens are allowing 74.2 receiving yards per game to the opposition’s WR1, which is the sixth-highest mark in the NFL. Adams has 100+ receiving yards in three straight games, and he also has four touchdowns in this three-game stretch.

Brandin Cooks, HOU - Garbage time fantasy points count the same as those that come in close games. Houston shouldn’t have any garbage time in this one, as this game should be close. Cooks went for 132 yards against the Jaguars earlier this season, and Cooks is better off with Davis Mills under center compared to TyRod Taylor. The Jags have allowed six TDs to wide receivers over the last four weeks and rank 30th in DVOA against the opposition’s No. 1 wideout.

Diontae Johnson, PIT - The Titans have been better of late from a fantasy standpoint, but Tennessee has still allowed the second-most fantasy points per game to opposing wideouts in 2021. The Titans have allowed 16 scores to the position, and Johnson has been as consistent as they come. He has double-digit fantasy points in a PPR format in every game this season, including at least 15 points in four straight. Ben Roethlisberger has been better at home this season, so the splits favor Johnson here, too.

Russell Gage, ATL - Over the last four weeks, Gage has averaged 8.25 targets per game, so his six targets last week were actually a slight disappointment. The only thing keeping him from being incredibly sought after in DFS is a dearth of touchdowns. Gage gets a good matchup against a 49ers defense that has allowed the fourth-most fantasy points per game to receivers over the last four weeks.

Jamison Crowder, NYJ - The Dolphins might see some higher ownership numbers this week, and if that’s the case, why not bring it back with Crowder? Elijah Moore and Corey Davis are out, meaning that Braxton Berrios and Crowder should be option 1A and 1B in this one. I’d rather attack Miami in the slot than out wide, and Crowder did put up 44 yards and a touchdown earlier this season against the Dolphins.