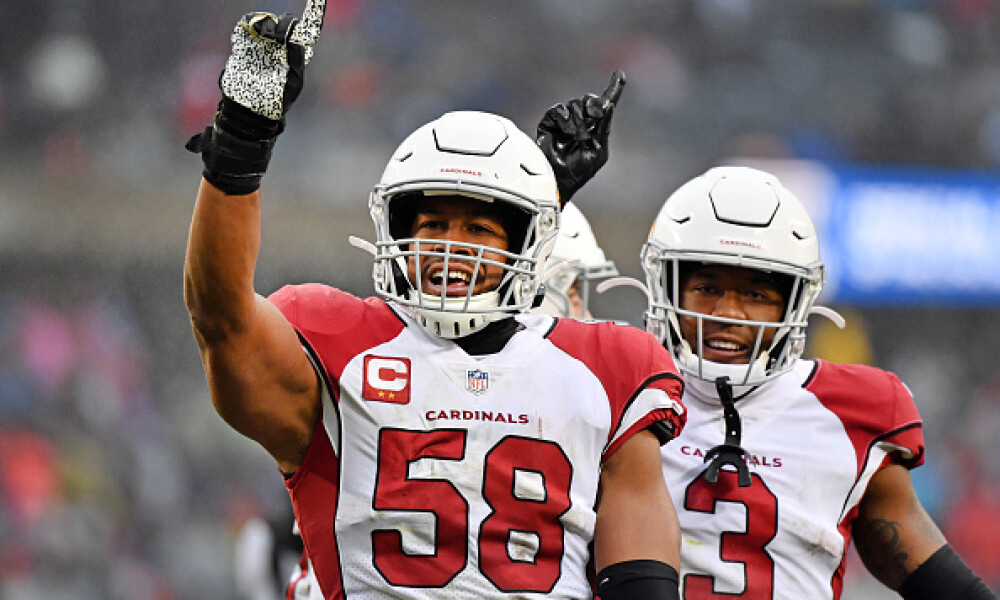 Arizona Cardinals – If you’ve read this article on a week-to-week basis, you know I don’t really like paying up for the most expensive D/ST on each slate. I’ll make an exception for the team playing the Lions. Dating all the way back to Week 2, the Lions have scored under 20 points in every game except their big upset over the Vikings in Week 13. The Lions will host Arizona this week and while I do have concerns about the overall performance of Arizona’s D/ST at times, there’s no denying how good this matchup is for the Cardinals as they look to reclaim the top seed in the NFC. Depending on the sportsbook you look at, the Cardinals range from about a 12.5-to-13.5-point favorite and the over/under is around 47.5 points. So Vegas is basically setting the Lions total at 17 points and it’s quite possible they don’t reach that mark, especially if they remain pretty depleted personnel-wise on the offensive side of the ball.

Miami Dolphins – If you don’t want to pay up for the Cardinals on DraftKings, you can save a couple hundred and go with Miami in arguably the best spot for DFS this week. The Dolphins will host the Jets who are no strangers to turnovers and they also haven’t scored a touchdown in their last six quarters of play. Miami’s defense is peaking at the right time. They’ve held each of their last five opponents to 17 or fewer points and four of those opponents were limited to ten or fewer points. Now they’ve had the luxury of playing the Giants, Panthers, Jets, Ravens, and Texans in that time frame, but so what? They get the Jets once again and we could be looking at another performance with three or four sacks and maybe a couple turnovers as well. They’ll be chalky, but for good reason. Vegas has Miami pegged as ten-point favorites and the over/under is floating around 42 points.

Buffalo Bills – The Bills could potentially be heavily overlooked assuming many DFS players want to pay up for the likes of the Cardinals, Dolphins, Eagles, and the Cowboys. The Bills are currently 10.5-point favorites at home against Carolina and Buffalo is looking to get a win after back-to-back losses to the Patriots and Buccaneers. They’re currently getting Carolina served to them on a platter. The Panthers have been plagued by poor quarterback play all season and they’re averaging just 310 total yards of offense per game this season. The Bills are currently clinging to the 7-seed in the AFC but we all know they’re better than being the last Wild Card team to make it into the playoffs. The Bills should be much more than the $3,100 price tag they’ve been given this week. It’ll be 32 degrees on Sunday in upstate New York with 10-15 mph winds. These are favorable conditions for the Bills defense to wreak havoc against Carolina.

San Francisco 49ers – The 49ers, similar to the Bills, could also be flying under the radar this week especially considering the later start time and the non-marquee matchup against Atlanta. But San Francisco’s defense has been stepping up lately. They’ve given up some points in matchups against Cincinnati, Seattle, and Minnesota, but what I like about the 49ers is the fact they can make up for bleeding points by generating sacks and turnovers. The Falcons offensive line is terrible so they should have no problem putting pressure on Matt Ryan while forcing a couple turnovers. The 49ers are nine-point favorites and if they can contain Cordarrelle Patterson then it feels like 3X value is the floor this week for San Francisco.

Houston Texans/Jacksonville Jaguars – Part of me feels like this game could be a trap, but at the same time these two teams are terrible. Vegas has the over/under at 39.5 points and the Jaguars are favored by about a field goal probably because they’re the home team. I’m not targeting either in Cash games on DraftKings. On FanDuel, you can consider Jacksonville as a paydown option if you can’t afford one of the top tier teams. On DraftKings, both teams are $2,800 which is a little too pricey for me in Cash games. I’d rather find $300 to get to Buffalo or San Francisco. As bad as both teams can be on offense, that can lead to fantasy production especially if turnovers come into play. I wish they were cheaper, but they’re in play for GPP’s and if you like them for Cash games then feel free to roll the dice.

New York Giants – It’s a pretty ugly week to pay down at D/ST. As of Wednesday night, I’m having a hard time looking lower than the Giants on DraftKings. The Giants are huge 10.5-point underdogs at home this week to the Cowboys and the over/under is at 44.5 points. Vegas really has no faith in the G-Men and I get it, they’ve been terrible. However, the Giants defense performs much better at home than on the road. For DFS purposes, they average 9.3 FPPG in the Meadowlands compared to 2.3 FPPG on the road. The give up 70 fewer yards per game at home and only 18.0 points per game at home as well. Dak Prescott is in a bit of a slump, so much so that Jerry Jones even admitted so earlier in the week. Prescott has five interceptions in his last four games and has only topped 240 passing yards in one of those games. You aren’t starting the Giants with a ton of confidence, but they’re a decent pay-down for GPP’s that should show up in a divisional matchup.