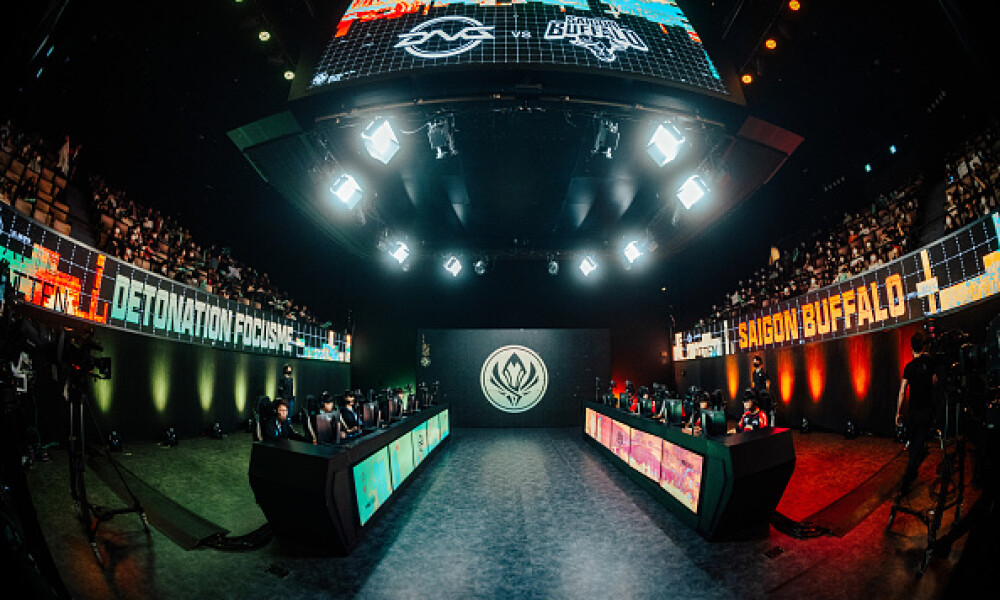 We have a five-game DFS League of Legends slate on our hands for Thursday morning with daily fantasy lineups locking at 4:50 AM ET on DraftKings. The League of Legends Mid-Season Invitational rolls on as we are nearly through the first half of the opening round with top eSports teams continuing to stand out. We went 5-0 in our picks yesterday and saw some HUGE performances on the most recent DFS LoL slate. Players like jojopyun, Serin, and the Saigon Buffalo had especially big performances on Wednesday morning. We won’t see any action out of Evil Geniuses on this slate, but the amount of key League of Legends players playing on Thursday is still significant. So let’s dive into the League of Legends daily fantasy preview before you build those DFS eSports lineups.

Game Breakdown: There is a point in which the structure of this tournament is just unproductive for the minor region teams and we may be there for Order. They have been pretty consistently beaten down in their last two days of games and Thursday will most likely be just as bad. G2 has shown against both Order and the Evil Geniuses that they have a firm grasp on their own personal meta and they have been able to play with agency and control thus far. BrokenBlade looks to be the single strongest top laner in the tournament, going 10-3-4 against Impact (EG) on Wednesday. Also, look out for Flakked (G2 ADC) to have another stand-out performance against the much weaker bottom lane of Puma/Corporal.

Game Breakdown: This is a huge spot for PSG. If they lose this match, their chances to make it out of the initial round of play are almost impossible. They had a terrible opening match against a very volatile squad and then ran into the buzz saw that is RNG. Against IW, I suspect PSG to have more of a chance against another team that is looking to fight in the late game. Watch out for Bay in the middle lane, who almost found a way for PSG to pick up the win against RNG with his 5-5-4 performance as Vex. IW will look to rely on their ADC, HolyPhoenix. HolyPhoenix has not made as big of a splash as he has in previous international tournaments, but you should still expect him to be a core member of late-game teamfights. This is more of a coin flip match, but desperation has me leaning towards the PCS representatives.

Game #3: Royal Never Give Up vs. Red Canids

Game Breakdown: This should be the most one-sided match of the day. While RNG needed no incentive to perform and take care of business against these weaker teams, T1’s support (Keria) said that Europe’s G2 Esports looks to be the most difficult possible opponent, which has to get the defending champions a little upset. Xiaohu and Wei have to be seen as the two strongest performers thus far but I should note I have been very impressed with their top laner, bin. He has a 21 KDA and has only died once this tournament. While his lane opponent (Guigo) has also only died once, he has a sub 45% team kill participation rate which means he gets stuck in the side lane and struggles to make an impact. Watch out for the aggressive rotations out of RNG on Thursday to take advantage of RED’s lack of macro understanding.

Game Breakdown: We have seen about all we need to see out of Team Aze. They have a very limited play pattern and limited champion pool. Their ADC (5kid) has had a rough few games to start the tournament, including a 5 death/0 kill showing against T1 on Tuesday. SGB have had some rough patches so far, but they kept up with T1 on Tuesday and had a strong closing on their win over Detonation FollowMe on Wednesday. Shogun has proven he can excel on aggressive bottom lane carries and BeanJ has limited the times where he is a liability for the team. Watch for this to be a slower game in the early portions of the match but the Buffalos will dominate late-game fights to close it out.

Game Breakdown: When the groups were announced for MSI, I initially thought this could be a place where T1 could pick up a loss. DFM has international experience and T1 has continued to show areas of weakness/inability to follow the meta. After seeing them in two matches, there seems to be something lacking in terms of them competing against the top teams in the tournament. DFM lost against a much weaker SGB squad and with a lead nonetheless. I am looking for Faker to be a critical part of their win condition. DFM’s mid laner (Yaharong) had a nice scoreline in the loss (2-1-12) but he had a pretty low impact performance on the Twisted Fate pick. If Faker can control the mid lane, T1 wins this game in a strong fashion.