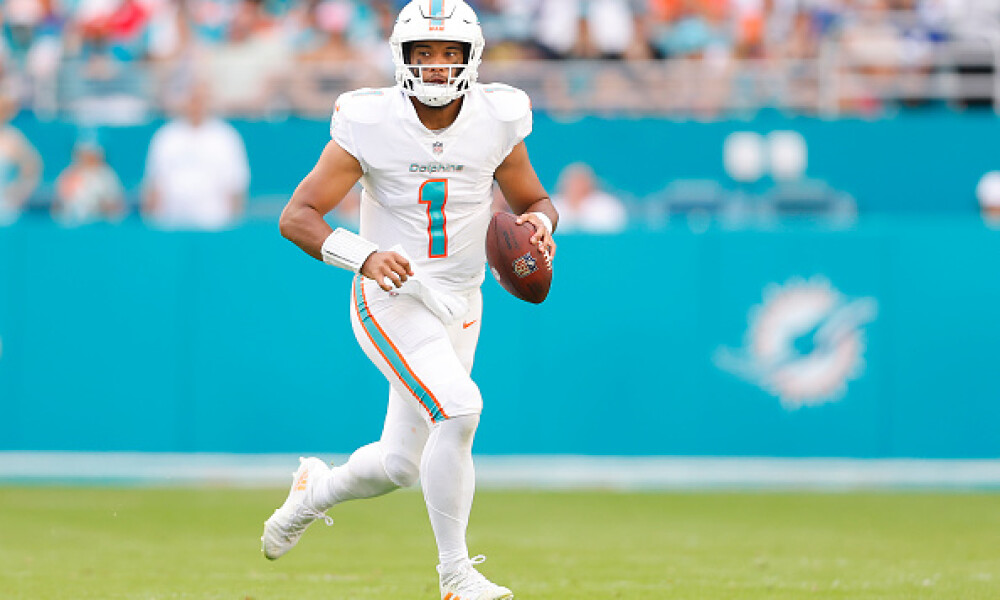 Kyler Murray, ARI - This is an elite matchup for the Cardinals with my lone worry being that they do the damage on the ground when it comes to the scoring and not through the air. That said, Kyler is also a very capable runner and that might be enough for him to excel in this matchup against a very bad Lions defense.

Aaron Rodgers, GB - The toe is an issue we need to watch this week as Rodgers admitted he suffered a setback to his fractured toe during the Packers win over the Bears. Despite suffering that setback he still went ahead and threw for 341 yards and four touchdowns. The Ravens defense is not what it once was and currently ranks 27th in DVOA against the pass.

Dak Prescott, DAL - Some bad games from Dak over the last few weeks but with the running game having its own issues due to injury limitations this matchup against the Giants feels like one that Prescott should excel in. The price is cheaper than it was last week when he struggled against Washington so let's take the discount and run it back.

Joe Burrow, CIN - Risky for a few reasons here. First, the Broncos are really bad against the run so the Bengals could opt to just run the football against Denver instead of unleashing Burrow. Second, the Broncos pass defense is decent, ranking 16th in DVOA. We also have to deal with Burrow on the road, in the thin air of Denver for the first time in his career. He has elite receiving talent so we just have to hope that Denver can keep this one competitive.

Tua Tagovailoa, MIA - Fresh off a bye week the Dolphins welcome the Jets down to Miami. We saw this matchup a few weeks ago and Tua passed for 273 yards and two touchdowns at just $5,500 on DK. We saw DeVante Parker return for the Dolphins before the bye and look good alongside Jaylen Waddle. Tua is one of my favorite overall plays this week, especially with the Jets defense likely suffering from a case of the "Miami Flu" as the play out this losing season.

Ben Roethlisberger, PIT - Just when you are ready to count the old dog out he comes and throws for 308 yards and three touchdowns as he nearly completed an epic comeback victory against the Vikings last Thursday. The Steelers have plenty of offensive talent around Roethlisberger to be an impact passer but the offensive line and the decline in his arm has at times hindered him this season. Can we get another strong performance out of Big Ben this week against a Titans pass defense that ranks 19th in DVOA.

Davis Mills, HOU - What if Davis Mills isn't THAT bad? He has three games over 20+ FP this season which came against the Seahawks, Rams and Patriots this season and has completed 65.8% of his passes on the year. The Jacksonville organization is in shambles right now and the Texans have gotten some life out of rookies Brevin Jordan and Nico Collins of late along with veteran Brandon Cooks. I'm not saying build your core lineups around Mills here but if there was ever a week for him it may be this week.