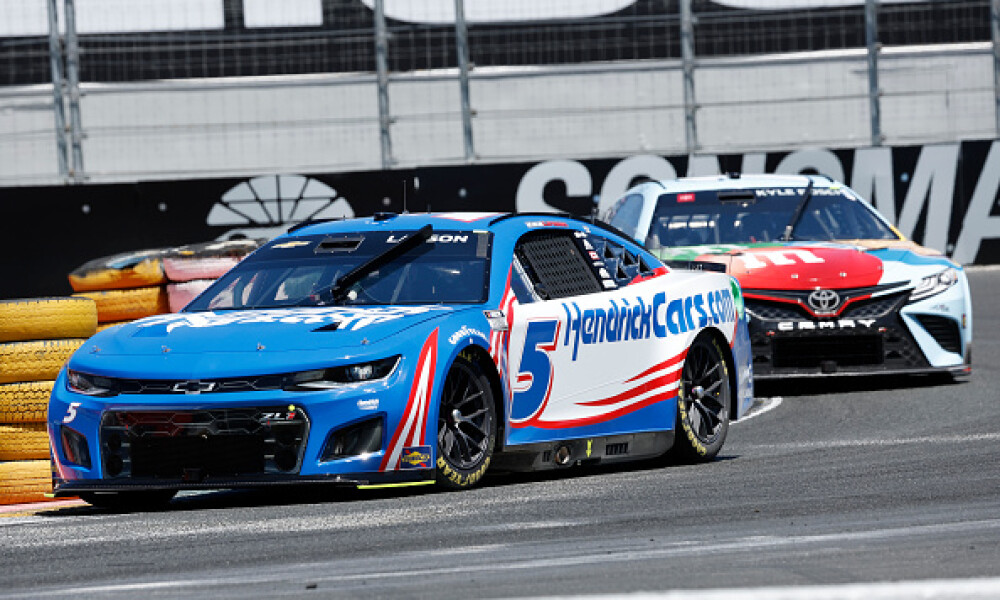 This weekend the NASCAR Cup Series makes it’s second trip to a road course this year with the annual pilgrimage to Sonoma. Not only is the area the home to great win but also one of the best road courses in the country. The layout of Sonoma this year is a bit different with the change from the Carousel being used back to using the traditional Chute layout. It should actually mean a bit more passing than we saw the last few races here which is always good. The 12 turns of Sonoma Raceway are packed into a 2.17-mile lap with more right-handers than left-handers.

Road course racing is an interesting one for NASCAR DFS. It’s a bit of a different strategy compared to what we used the last several weeks at intermediate tracks. The shorter number of laps means that laps led aren’t as much of a differentiator as with intermediates — though they still matter. In general, it’s about nailing finishing position and position differential. We want guys that are starting close to the front, though not for the entire lineup. Over the last five races at Sonoma, 44-percent of the top-10 finishers have started outside the top-12 and more than five drivers a race move up double-digit spots. With the track changing layouts this year, there are 20 more laps in the race with 110 in total. In terms of laps led at starting spots, the only ones to average double-digit tallies a race since 2012 are P1, P2, and P6.

The following charts give an idea of strategy and not a hard-and-fast rule for what to expect from each spot in the grid as far as DFS scoring. They are averaged from the last five Sonoma races regardless of the drivers starting in each spot.

Chase Elliott isn’t listed as a separate entry in the playbook, but rather as a part of Larson’s entry. If you want him in the LG as a Playbook Only section, click the Excluded tab and click the checkmark next to Elliott and he’ll be added back in.