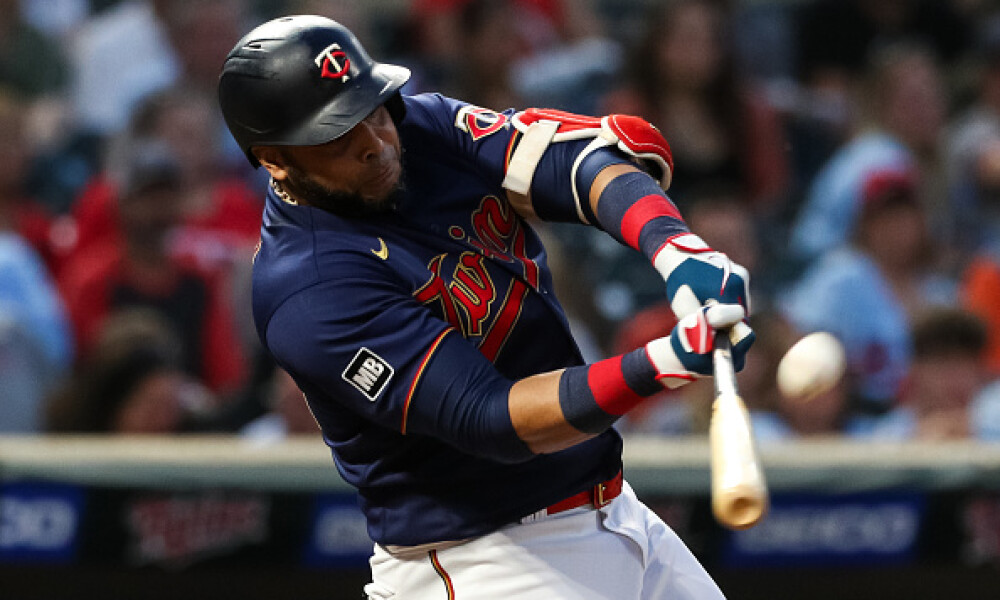 Tuesday always brings a full slate of games as the vast majority start at the 7:00pm eastern time. This gives us a wide variety of guys to choose from which is nice. It also gives us a number of pitchers who don’t exactly compete for the Cy Young Award which being polite. There are always a number of ways to build rosters on such a large slate but here are some highlights of guys that you can put into your lineups.

Vladimir Guerrero Jr., 1B, TOR – He has three hits in four games since the end of the All-Star Break and they have all left the yard, so safe to say that Vlad is staying hot in the second half. He is hitting .372 at home with 20 of his 31 home runs despite 14 fewer at-bats at home. The Red Sox are starting Nick Pivetta who has allowed four earned runs or more in three of his last four starts and has an ERA of 4.30 on the year. Guerrero is hitting .357 against righties as opposed to .250 against lefties and 26 of his home runs have come against them. He has three hits in five career at-bats against Pivetta including a double and a homer.

Nelson Cruz, OF, MIN – He certainly has slowed down some, but Cruz finally hit his first home run in the month of July on Monday night, and he will look to keep the momentum going. You always love Cruz against a lefty as he is hitting .369 against them, which is 106 points higher than against right-handed pitching. He also has an OPS of 1.028. He has faced White Sox starter Dallas Keuchel a lot in his career and has hit .327 against him in 55 at-bats with a whopping six home runs against him. Ten of Cruz 16 home runs have also come on the road, and it has all the markings of a good day for him.

Max Muncy, 1B/2B, LA – He is on baby watch as his wife is due to give birth at any moment, so Muncy is a bit of a risky play for those of you who don’t live on your phones and can make a lineup switch at a moment’s notice. However, Muncy is crushing the ball lately and is set up for a good game tonight if he plays. He has six hits in the four games in the second half and three have left the yard. The Giants will throw Alex Wood who has done a good job of not giving up too many home runs this season, but he did allow four runs over six innings including three home runs when he pitched in Los Angeles on May 27th. Muncy is much better against left-handed pitching with a .329 average and a 1.125 OPS. He has three career at-bats against Wood and his one hit was a home run.

Josh Rojas, 2B/OF, ARI – He has come out of the All-Star Break hot as he has six hits in the four games including three doubles and has even walked five times. The Pirates will be starting Tyler Anderson tonight who hasn’t been awful but has allowed 16 home runs in 17 starts this year and has struggled on the road with a 5.52 ERA as opposed to 3.31 in Pittsburgh. Rojas has hit for a slightly better average against right-handers this year but has shown more of a power stroke against lefties and actually hit for a better average against left-handed pitching in 2020 and 2019. Leading off for Arizona also gives him the maximum number of at-bats to give you a return on his salary.

Jake Cronenworth, 1B/2B, SD – This guy has been on fire out of the break with six hits in three games including hitting for the cycle on Friday. The Braves have recalled Kyle Muller out of the Minors for this game, and he has been bouncing back and forth multiple times this season. He hasn’t been terrible when he has pitched, but he never goes too deep into starts, and the Braves bullpen has a collective ERA over 4.50. Cronenworth hits slightly better against left-handed pitching, and he has been hitting right in the middle of this powerful order that has been putting up a bunch of runs lately.

Mitch Haniger, OF, SEA – Not too many can say they have started the second half hotter than Haniger. He has five hits in three games including a double, two home runs, and six RBI. He now has 22 home runs and a .266 average, and we still have 11 days left in July. Now throw him in Coors Field and I like it even more. I know that Germán Márquez has had a pretty great season by his standards, but in previous seasons the thought of starting him at home was just unheard of. I’ll take the hot streak of Haniger over unexpected production of Marquez.

A.J. Pollock, OF, LA – He didn’t get the start yesterday, but has been hitting well out of the break with five hits in the first three games including a double and a home run. The Dodgers will face Alex Wood of the Giants who has been better his last few times out after a tough month of June. Pollock is homering about one in every 15 at-bats against lefties as opposed to every 19 at-bats against right-handed pitching. He has fared extremely well against Wood specifically with a .435 batting average in 23 career at-bats with five extra base hits. He won’t cost you an arm and a leg and assuming he is in the lineup can really help you with the cost savings.

Paul DeJong, SS, STL – After a disaster start to the year, DeJong is finally getting it together as he has been super-hit in his last handful of games. He homered in back-to-back games heading into the All-Star Break and has six hits including another home run in the four games after. The Cubs will throw Trevor Williams who has allowed nine homers in ten starts and has an ERA of 5.51 and a WHIP of 1.63. DeJong has hit .350 against Williams in his career in 20 at-bats including three doubles and a home run. DeJong is an automatic out against lefties, but he did hit a respectable .270 against right-handed pitching in 2020. It is cheap to try to continue to ride this hot streak while it lasts.

Nick Ahmed, SS, ARI – If you don’t like that cheap shortstop option, here is another one to try. Ahmed isn’t as hot as DeJong of late, but he has driven in runs in the last two games he has played. We have also stated Pirates’ pitcher Tyler Anderson’s propensity for giving up the long ball, and Ahmed does excel against lefties. He is hitting .301 against them against just .178 against right-handed pitching. He has also had good success against Anderson with eight hits in 20 at-bats including two doubles and two home runs.