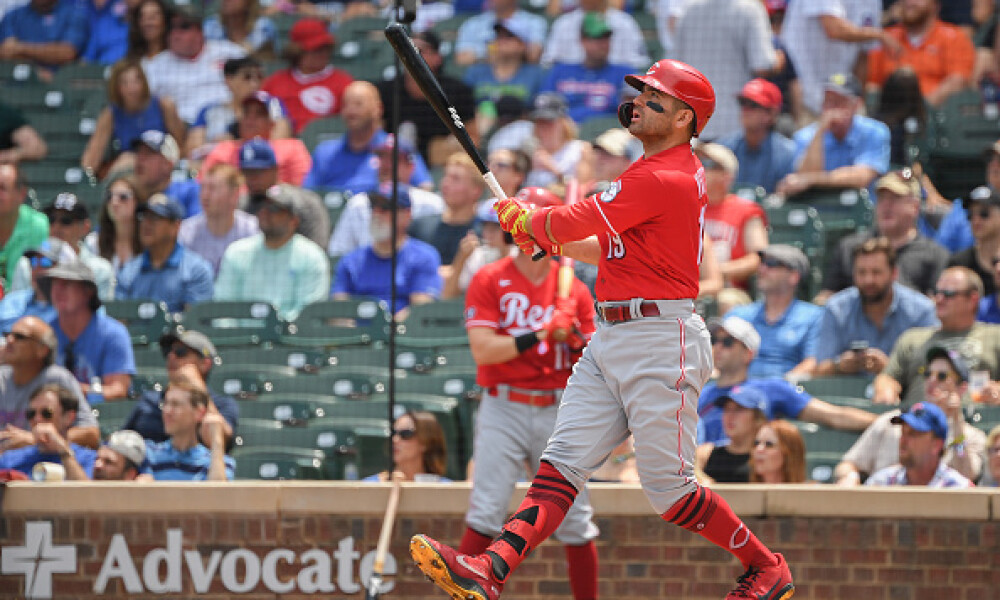 With a full slate of games tonight, and them happening after the trade deadline, some impacts could be felt throughout the match-ups as a result. Pay close attention to lineups leading up to tonight's games before making final decisions on your targets. With this in mind, here's some of the top hitting plays for Friday night.

Nelson Cruz, OF TB - He's missed the last two games with a foot injury, but could be healed by facing southpaw Martín Pérez of the Red Sox tonight. Curz owns a .349/.402/.578 slash against left-handed pitching this season with seven doubles, six home runs and 17 RBI over 109 at-bats. He's also done well in past match-ups with the Boston starter going 9-for-30 (.300) with a double, three home runs and six walks. Statcast results in these plate appearances show Cruz with a .383 xBA and .744 xSLG setting a nice floor with room for upside with a bomb tonight.

Teoscar Hernández, OF TOR - A repeat customer from yesterday's hitting coach, he went 3-for-5 with a double, two runs and three RBI on Thursday, gets another southpaw in the first game in Toronto since 2019. Hernandez owns a team high .360 isolated power facing left-handed pitchers with a 1.082 OPS, nine doubles and six home runs in only 80 plate appearances. He's also slashing .286/.348/.643 his last 12 games with four home runs and 14 RBI in them.

Joey Votto, 1B CIN - Votto’s launched at least one one home run six straight games with two multiple-home run efforts among them. He's produced an eye popping .926 isolated power, not slugging percentage, his last seven games with 10 runs, eight home runs, 16 RBI and a robust .444/.515/1.370 slash line. He's generated 20 batted ball events with seven barrels (35 percent) and 14 hard hits (70 percent). And he's also 6-for-14 in past career match-ups with Carlos Carrasco with a double and a home run good for a .321 xBA. Hot hitter facing a pitcher fresh off the injured list? Yes please.

Alec Bohm, 3B PHI - Heating up the last week, Bohm's recorded a .333/.400/.500 slash his last 20 plate appearances with two runs, a home run and two RBI. Not exactly eye popping but tonight he faces Will Crowe who gives up 2.9 home runs per nine innings against right-handed hitters. Of Bohm's last 13 batted ball events, he's produced six hard hits (exit velocity of 95 MPH-plus) for just under a 50 percent rate and he's due for positive migration to the mean. Calling an underowned Bohm bomb tonight.

Gavin Sheets, 1B/OF CWS - Another tasty match-up occurs for the White Sox tonight against J.C. Mejia who averages 3.1 home runs per nine innings versus left-handed hitters. Sheets owns a .296 isolated power with a 1.009 OPS against right-handed starters this year averaging a home run every 9.8 at-bats. He's already produced four doubles and six home runs in 68 plate appearances facing righties this year and hit fourth his last game with a right-handed pitcher on the mound along with fifth the game prior. A spot in the heart of the lineup with power upside and a low price point in a smash spot makes Sheets a tasty cake on this slate.

Harrison Bader, OF STL - It's rare a hitter sits at a reduced price on DraftKings than FanDuel, but Bader could worth his weight in gold on either site. After the Twins trade, the starter tonight will be Griffin Jax. He gives up a .340 batting average against right-handed hitters with a 1.084 OPS and six home runs of 60 batters faced this year. Bader's hitting .442/.489/.767 with five doubles, three home runs, a stolen base and 17 runs plus RBI his last 12 games spanning 47 plate appearances. Slide into savings with upside in this match-up tonight.